After being trained by TVS Racing on the fine art of riding a motorcycle at a race track, it was time to experience the first race weekend. A promising practice, a good qualifying and a race result botched up by a silly mistake, round 1 had it all. 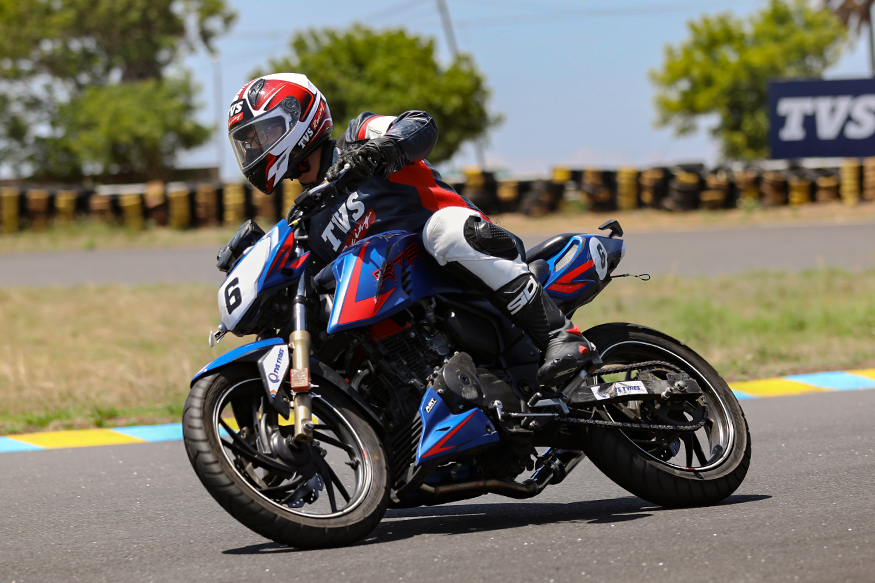 Earlier this year, TVS had kick-started their third year of the Young Media Racer Program which is a championship among fellow journalists where they get the same experience as a professional racer and before the racing season began, they took us for training – both on the track and off the track. However, the school time ended as soon as the first race weekend approached which was set to take place at Kari Motor Speedway. A purpose-built Formula 3 track located in Chettipalayam, Coimbatore, that measures 2.1 kilometres in length and has arguably one of the best backdrops of any race track in India.

This time around, we were there to race and not to learn. It was time to put to test the skills that we had acquired and have a full-blown race experience consisting of free practice, qualifying and a race.

First, was free practice wherein we were free to explore the track and figure out our racing lines, braking points and have a good understanding of the track layout. And Kari, is well, a very tight track with only a couple of fast corners and one long straight tied together with fast switchbacks and chicanes. It was clear during the practice session that it had to be all about momentum and a free, flowing style of riding to clock consistent lap times and keep pushing harder.

This was to be followed by qualifying on the same day.

At the end of the day, I was happy to have managed to secure a spot in the front row of the grid as race starts are extremely crucial, especially for a generously sized person as me. This is because the amount of time that you would lose at the start if you botch it up, that’s an effort you will have to make to recover throughout the race even before you could imagine bettering your position.

Then, it was race day. 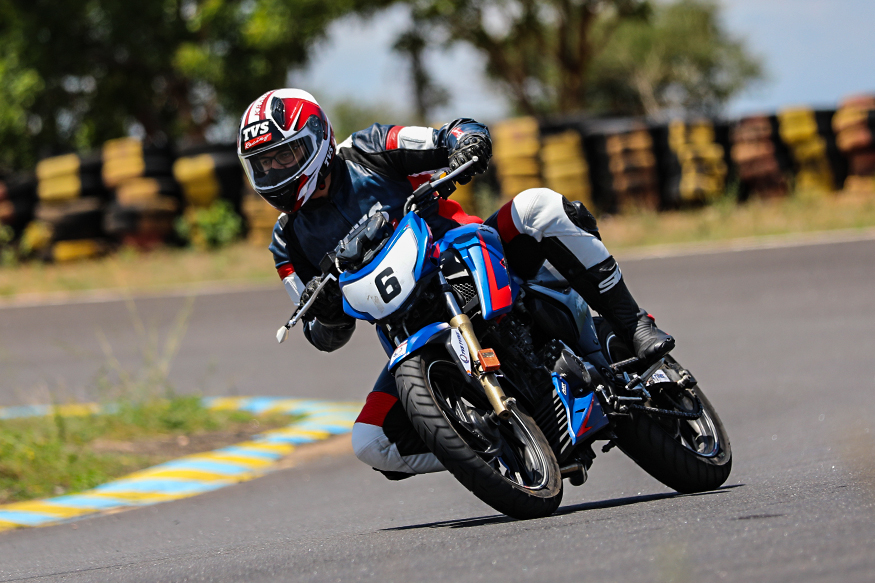 Before the race started, I made a mistake, there are no two ways about it. You see, it was a gamble. What I did was that I had the preload bumped up for the rear suspension hoping to make some time in the faster corners, especially the one that leads to the start-finish straight as having a weight disadvantage, I was losing out on a lot of time. The downside of that would have been a more difficult time during those quick direction changes but being confident about my lines and those chicanes, I took the plunge.

Fast forward to the trace and the moment the lights went off, the slow race start resulted in exactly what I feared. The fitter journalists among us who weigh a lot less, got a flyer of a start zooming past before we reached corner 1 – a corner where five motorcycles were converging at the same time. But as soon as the corner came, which is followed by a very quick chicane and another chicane – I knew I am in trouble.

Post the race I did speak to a few riders who often do track days and have souped-up litre-class superbikes to get a sense of what could have happened. You see, when you bump up the preload at the back you are able to get on the gas a lot earlier resulting in good corner exit speeds as the rear-tyre is planted and stable. However, the opposite effect happens on the front tyre as that ends up having a smaller contact patch to the tarmac resulting in lesser edge grip and a twitchier feeling motorcycle. Being someone who likes to brake late and have the front forks loaded as for as long as my limited skills allow, well, this turned out to be a horrible decision.

I remember trying my hardest best to counter that front-end which won’t let the bike dip into the corner which resulted is lesser leans and since it is all about quick direction changes at Kari, I had to square off my lines and also end up scraping off way too much speed while entering the corner, which basically meant, slower corner entry, slower mid-corner speed and a horrible exit. So without any surprise, it all went horribly wrong for a long, never-ending 8-lap race that felt like 80. 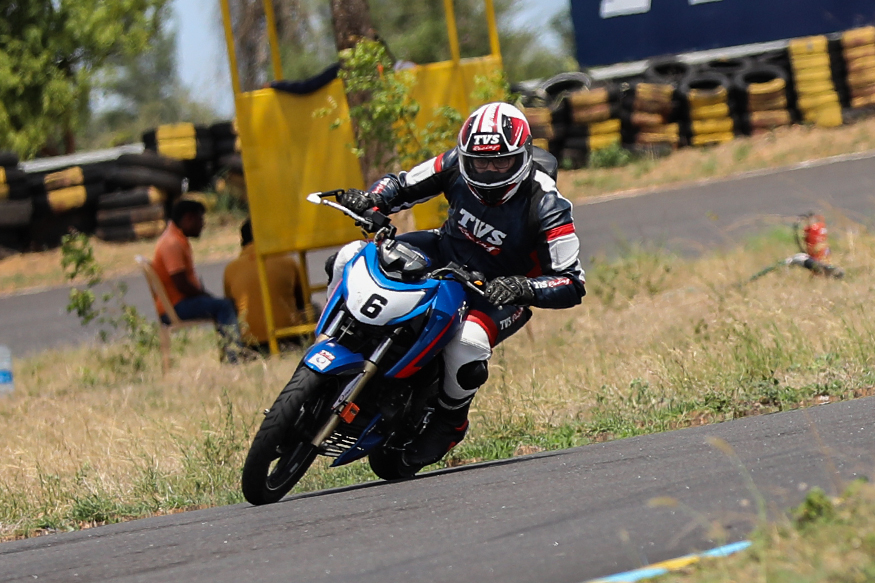 The final position that I finished the race in was seventh out of a total of 12 riders, with my best lap time being 1:28.894.

Well, at the end of the day this is what racing is all about. You want the absolute best result that you can get and you end up making mistakes too. The lesson learnt? You bet.

Now, we head on over to Madras Motor Race Track that is located in Irungattukottai, Chennai. This time around, no fiddling with the motorcycle and hoping to do as best as I can.

Thank you for subscribing.

The form collects name and email so that we can add you to our newsletter list for project updates. Checkout our privacy policy for the full story on how we protect and manage your submitted data!